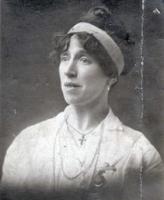 He was baptised at Hartington on 5 December 1866.

He married Hannah Wilshaw in 1901. She was born in 1875 at Horton in Staffordshire. They had the following children:

William Henry Gould. He was born in 1901, and married Elsie D. Broomfield in 1923. They had two children.

Lilly Gould. She was born in 1905, and was married to Joseph Harrison in 1924. They had two children,

Nathaniel Gould. He was born in 1914. He married Sadie Hurny, and they had ten children.

In 1901 he was living with his wife and daughter Daisy Gould at Saw Pit Farm, Hatton in Derbyshire. In 1911 William Henry and Hannah Gould were living with their five children at Hurst Wood, Biddulph in Staffordshire near Congleton in Cheshire.

He was a party to the Hanson Mount Agreement dated 1 May 1911.