Nat Gould had written stories from his childhood. As a schoolboy, away from home in Southport, he had composed yarns for his friends to be told at night in the school dormitory. In those days he wrote to gain prestige among the other schoolboys (1). 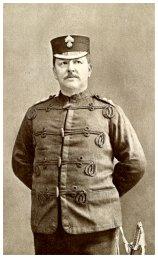 But his real career as a storyteller, writing for money, began while he was living in Australia. While working as a journalist in Sydney he wrote a horse racing story called Blue and White which was serialised in the Sydney Referee in 1888. When employed in Bathurst, the editor of the Sydney Referee commissioned another racing serial for his new weekly paper. Nat called it With the Tide, but the title was changed to The Double Event before it appeared in book form. In 1891 the story was published in London by George Routledge & Sons Ltd. It was an immediate success both in England and Australia (2).

Two more novels were accepted even before they were completed, and Nat Gould wrote nine books altogether while living in Sydney, all being published by George Routledge & Sons Ltd. They are:

When Nat Gould returned to England in 1895 he received a warm welcome from his publishers George Routledge & Sons Ltd at their premises near Ludgate Hill in London. He started work on writing novels as fast as his publishers would accept them. George Routledge himself had died in 1888, and the firm was in the hands of his son Colonel Robert Warne Routledge “who was the sort of man anyone could get on with” (3).

Soon afterwards changes were made at George Routledge & Sons Ltd. “The old firm fell on evil times, and there was trouble and many changes”. Robert Routledge left the family firm and took offices of his own. “He acted as a literary agent,and I placed my books in his hands, more as an act of friendship than anything else. I promised him I would stick to the firm so long as he was in it. When he died I changed my publisher” (4).