G.H. Robinson & J. Birch reprinted a dozen of the early novels by Nat Gould in a series they called "The Royal Ascot Library". Purchasers were requested to look for a diamond mark "on the back of the Wrapper". Although issued in hardback, despite the grand title of the series, these books were poorly printed on inferior quality paper. 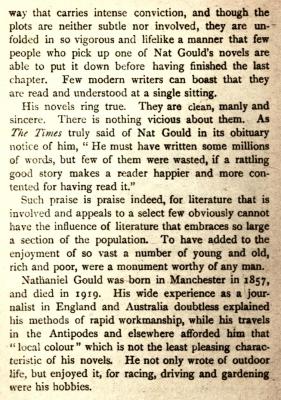 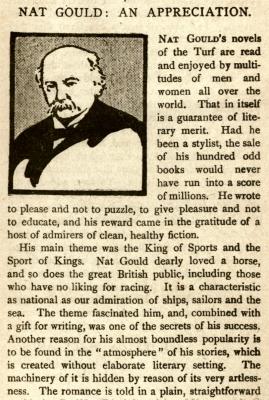 Nat Gould had died in 1919, and in the introduction to their 1920 reprint of his novel The Runaways (originally published by Everett in 1903) they included “An Appreciation” of the late author. The book also carried an advertisement making it clear that John Long Ltd were the exclusive publishers of new Nat Gould novels.

The titles were all books originally published by R A Everett before John Long took over in 1905. Those issued were: